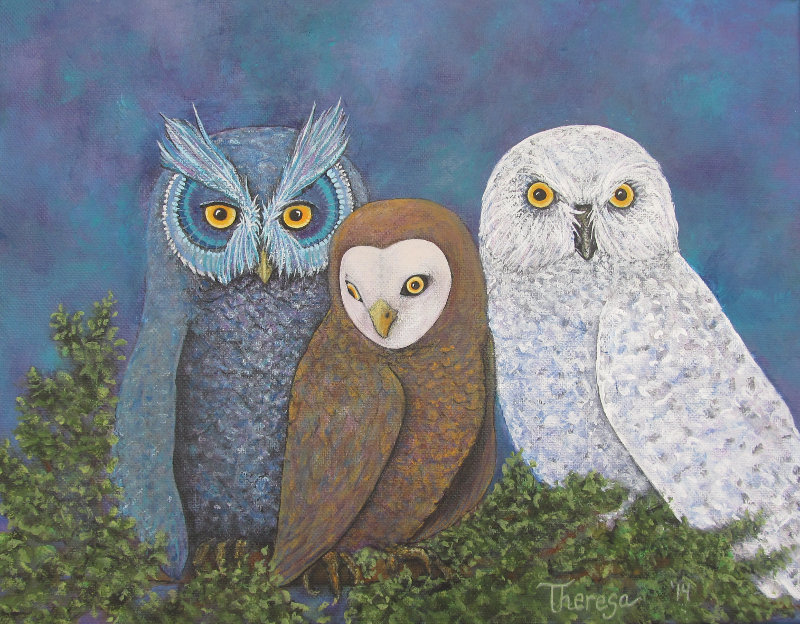 A gathering of owls is officially called a parliament. Sometimes a group of owls is referred to as a brood, nest, looming or wisdom. These three owls seem to have been interrupted mid-conversation. They almost appear a bit guilty, as if they were caught plotting some mischief!